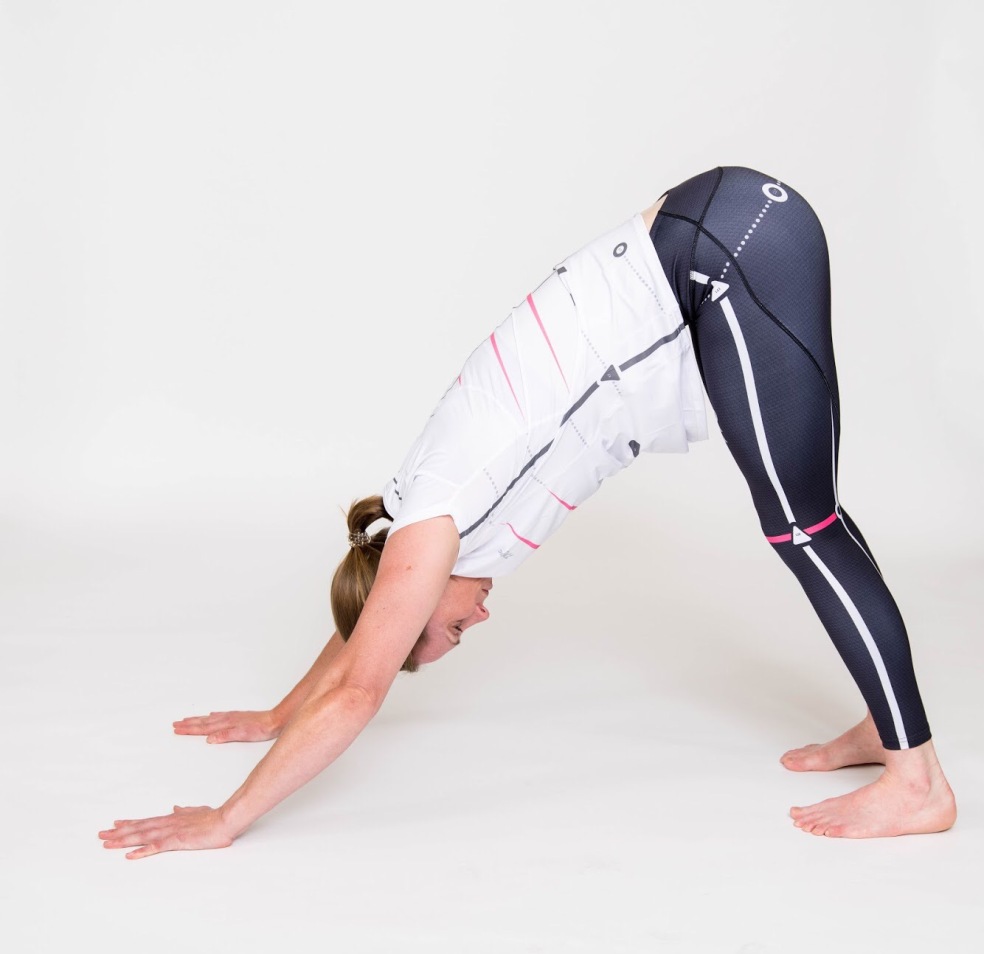 Youth often begin rowing right when they start to grow. Girls often have their major growth spurt from 12-14 years and boys from 14-16 years.  Growing results in a loss of relative flexibility. Imagine how much tighter the hamstring muscle, running down the back of the thigh, becomes as a young boy grows 15cm in height over a 12 month period! Growth also results in a reduction in relative strength and young athletes often struggle to gain movement movement control of a growing body that is changing rapidly.  Often boys gain regain relative strength a little quicker than girls and this is likely due to the hormonal changes that occur with growth and puberty.

Yoga has a great mix of benefits that can benefits the growing rower;

Dog pose is a perfect example of an exercise of specific benefit to rowers.  The position that the rower gets into is not too different from the rock-over position required just after the finish of the drive.  Without hamstring length the rower will collapse into a poor pelvic posture at the end of the drive or may not be able to tilt the pelvis to upright during rock-over resulting in a position of a less upright pelvis coming into the catch.

Reduced ability to control the pelvis has been linked to the development of low back pain in rowers and should be a major focus for injury prevention in the young developing rower. 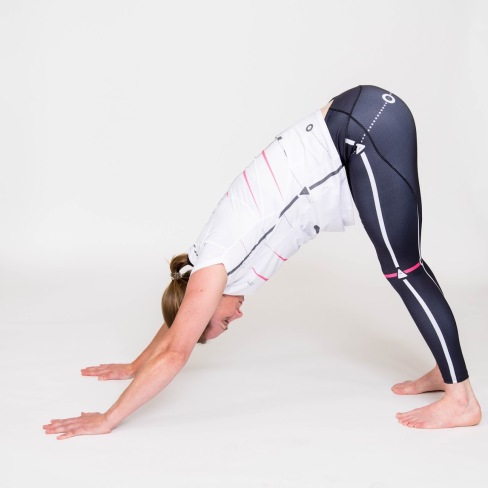 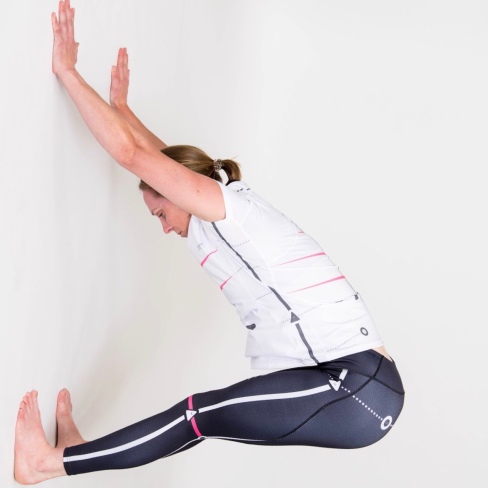 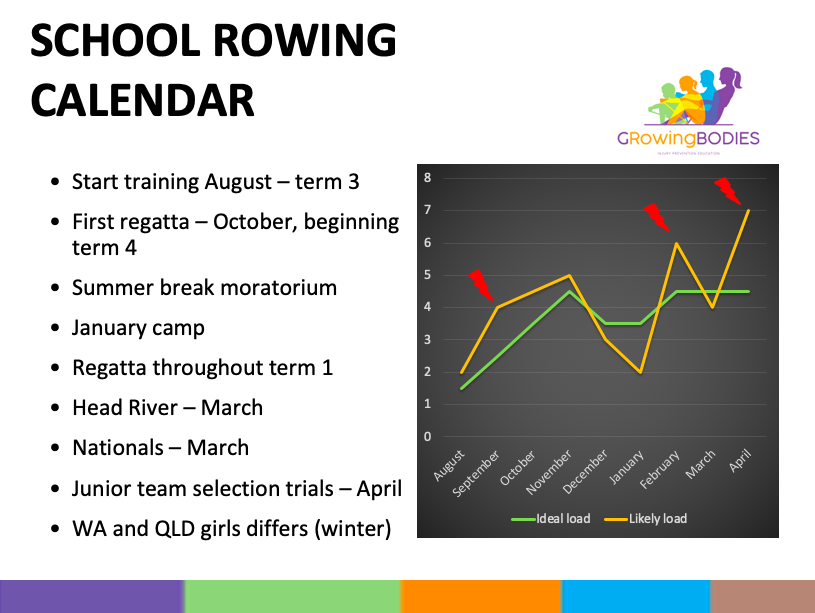 In Australia, at this time of year, National Championships have just been completed and underage athletes are waiting anxiously to see if they get invited to National Team trials to make the U19, U21 and U23 teams.

For the athletes that have performed well, coaches are planning what training load they will complete between now and trials in approximately 3 weeks time with both coach and athlete aiming for the same outcome – a place on a National Team.

Many athletes end up rowing more than they ever have over this period of time.  In some ways it makes sense to row more as technical faults can be worked on, the rest of the squad is resting and there can be more focus on individual gain.  Unfortunately, this ends up resulting in athletes having a ‘dip’ in load over Nationals (fewer kilometres even though intensity is high, results in a reduction in load) followed by a steep increase in load and this is associated with increased injury and illness risk.

What is really interesting is that the risk for injury and illness often lags 2-3 weeks behind the increased load period.  This means that if an athlete makes a team, they train on and often become injured or ill 2-3 weeks after selection.

WHAT SHOULD COACHES DO TO REDUCE REDUCE THIS RISK

Coaches have done a great job to get their rower to perform at Nationals to a high standard.  This means that their load has been managed well throughout the rowing season to reduce their injury risk and to perform optimally at the right time of the season.  The gains that can be made by increasing load over a 3 week post-nationals period are small but the risk is high.

Returning the athlete to the load that they were managing as normal training in the month leading up to National Championships is ideal.  Even if a small ‘dip’ in load has happened over Nationals, a return to the training load the athlete was completing 2-3 weeks prior is usually quite safe.  Prescribing a training load that is greater than the athlete has been exposed to before should be avoided.

Depending on the aim of trials.  Coaches may find greater benefit by having athletes row in combinations that they need to get used to to make a National Team crew.  Coaches need to remember that load needs to be carefully considered when changing crews that rowers usually train in.  For instance, if a rower usually trains in an 8+ but wants practice in a 2- for the benefit of making a crew, coaches need to consider that 20km in an 8+ is a much lower load than 20km in a 2- and accommodate both training kilometres and training effort to ensure that a rower is not over trained or exposed to a greater load than they have previously accommodated to.

GRowingBODIES wishes all athletes and coaches GOOD HEALTH AND FAST ROWING!  This is exciting time for coaches and athletes that have had success from their programs – and now is the time to keep doing the things that have worked and consolidate performances rather than push too hard and have to deal with injury or illness as a consequence.

UK Coaches seminar series – one day courses across the UK

Expressions of interest now open via the contact page

Additional information on the education page

The Australasian College of Sport & Exercise Physicians has released a position statement on sport specialisation in young athletes that has many useful guiding principles for adolescent Rowers, their families and Coaches.

Key points from this document for the developing rower and their supporters include:

The complete document can be found at:

It is well know that the best preparation for a training session or competition in sport is for an athlete to prepare themselves with an active warm up.

An ideal active warm up for rowing may include; 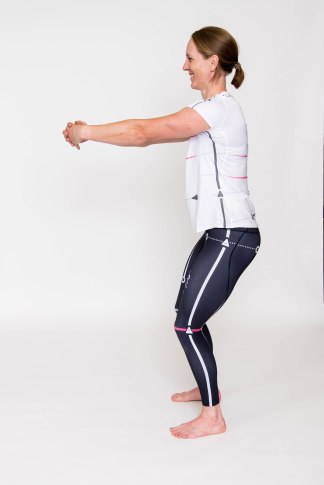 HOWEVER… often a great warm up is of absolutely NO BENEFIT to the rower as the gains made are lost due to the TIMING of when it is done.

For an active warm up to be effective, the rower/s should launch their boat within 5 to 10 minutes of finishing it.  Any longer than this and the body will cool down making all of the well planned and performed active warm up a WASTE OF TIME.

We advocate that all rowers complete an active warm up but the following needs to occur for this to be effective;

Standing around waiting for rowers to dress, equipment to be organised or coaches to finish briefing athletes results in the benefit of the warm up being lost.

If it is not logistically possible to get on the water within 5 – 10min of doing an active warm up – there is no need to waste anyone’s time.  Warm up slowly and for a longer period on the water!

Young, developing rowers often spend time off the water over Christmas to take a well earned break with families.  In the Australian School Rowing system a moratorium also restricts how much rowing can take place over this time so that everyone can have a holiday.  A break over Christmas is so important for keeping young athletes happy but sometimes this break can inadvertently lead to injury.

How can injury risk be reduced and young, developing rowers still have a family break over Christmas?

There are two ways of reducing this injury risk; 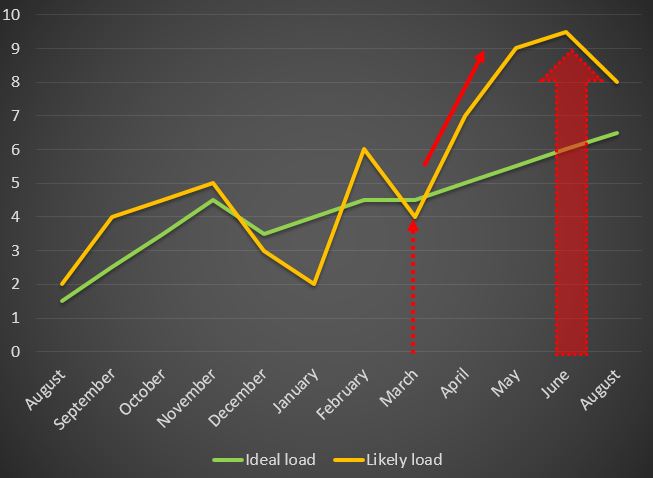 If rowers are to keep some training going over Christmas, they need to understand that both general fitness training and training that loads the body regions used in rowing are equally as important.  Attention is often paid to continuing T1 and T2 training with cross training such as running or cycling BUT often this results in a reduction in chest wall and low back loading – this can predispose to chest wall injury including; thoracic spine pain, rib stress reaction or rib stress fracture & / OR low back pain when the rower is reloaded in the boat or on the ergometer after a break.

Exercising 3-4 times a week doing activities other than rowing can keep T1 and T2 fitness up over a break.  This might include activities that can be done with the family including bush walking, mountain bike riding, cycling, swimming, surfing or skiing.

To ensure the chest wall and spine are also continued to be loaded, the following suggestion may help;

If rowers do not have erg access, other chest wall and low back loading activities can be used, including;

Performing a 20 minute mini-circuit of a variety exercises x2-3 times per week with at least a day in between is sufficient but does not need to be completed if this can be achieved on an erg.

Coaches that are running camps after a break also need to think of what training load they are prescribing so that the chest wall and low back do not undergo a significant increase in load that may result in injured athletes 3-4 weeks after the initial reloading period.  Way to reduce the injury risk of athletes include;

ENJOY YOUR CHRISTMAS BREAK!  Be happy to perform some push ups (with some other exercises) every seconds day to keep your chest wall loaded and your trunk muscles strong!  Get your families outside exercising together to keep a smile on everyone’s face and stay injury free through the first two months of 2019. 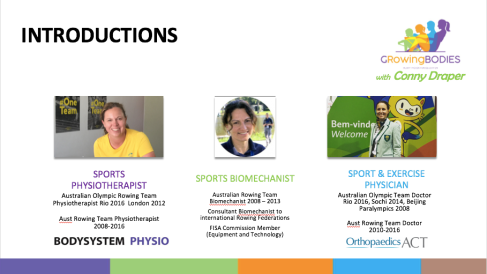 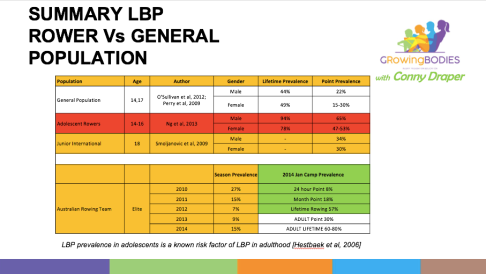 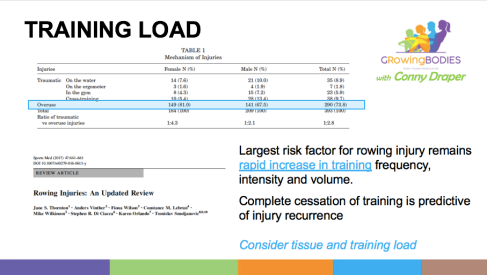 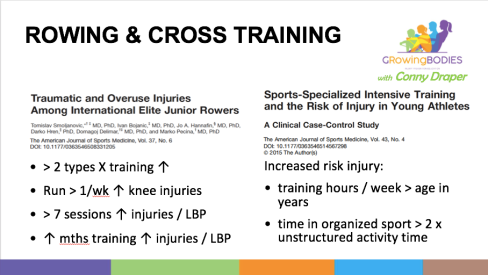 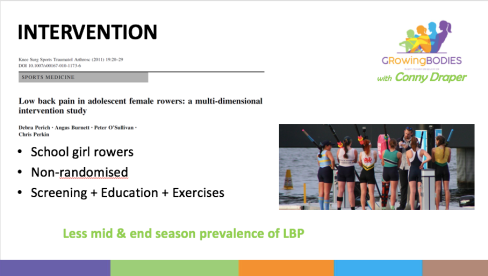 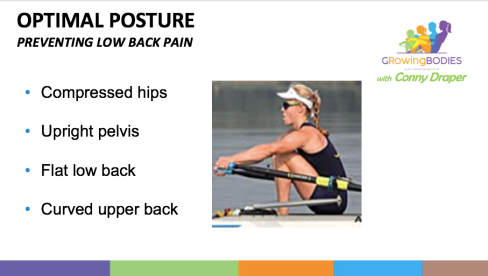 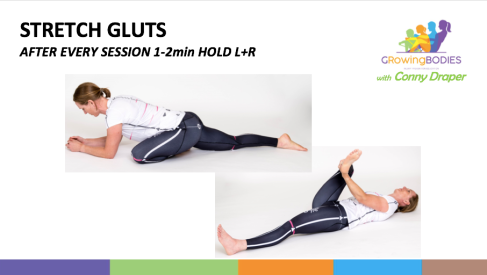 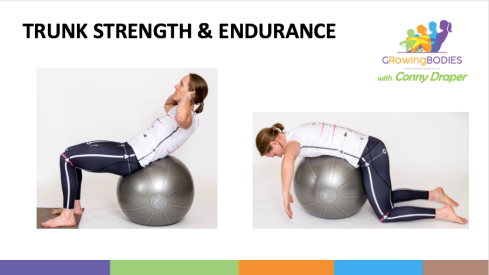 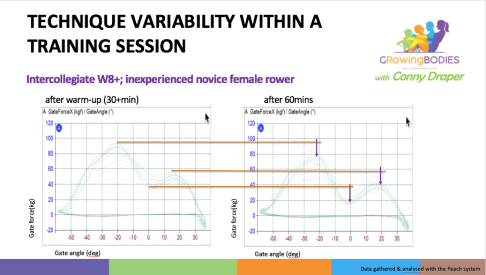 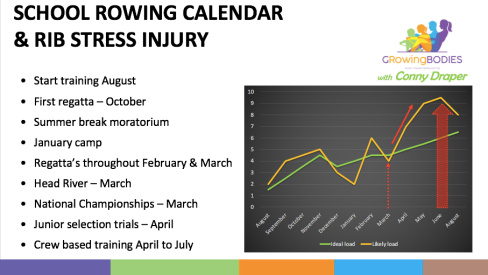 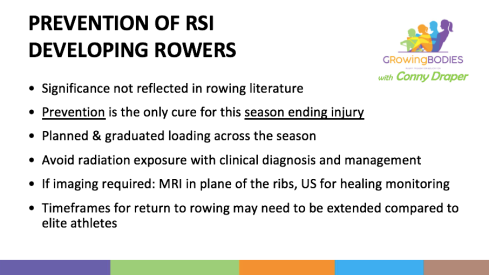 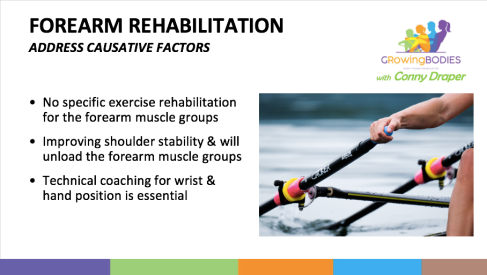 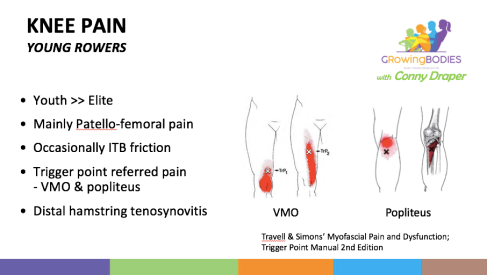 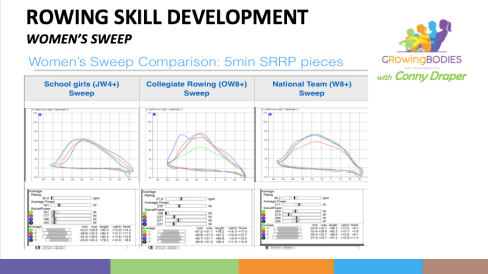 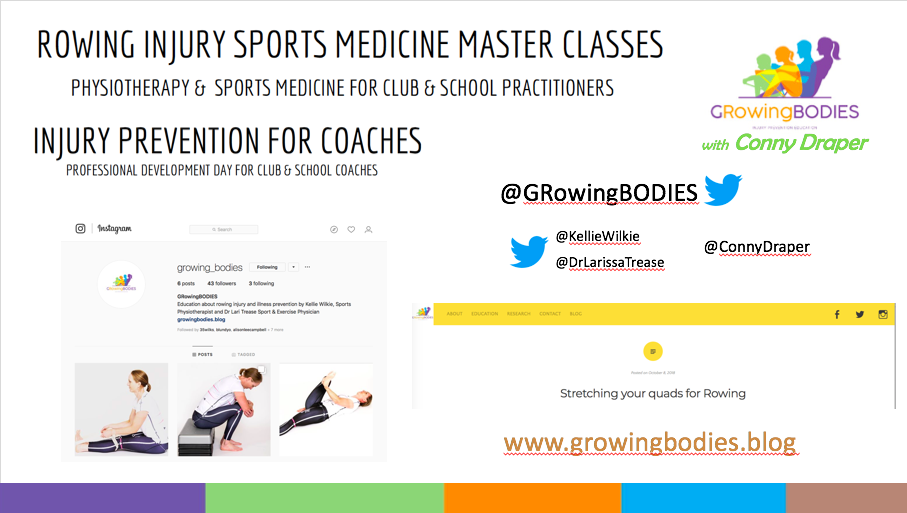